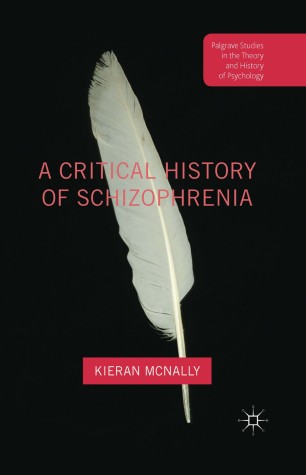 A Critical History of Schizophrenia

Schizophrenia was psychiatry's arch concept of madness in the twentieth century. However, it was a concept that was both surprisingly problematic and contentious.

This book explores schizophrenia's instability, as the concept changed across the 20th century. It moves beyond sensational accounts of kids on LSD and split personalities, to detail schizophrenia's historically problematic definition, diagnosis, and symptom profile. In doing so, Kieran McNally documents the social uses of the concept, its regional variations, and its fluctuating subtypes. And finally, the book explains how, and why, North American psychiatry sought to improve the concept in the Diagnostic and Statistical Manual of Mental Disorders (DSM), by introducing group sanctioned operational definitions.

This book reveals a tradition of critical unease towards the concept of schizophrenia and it reveals that criticism of the concept was consistently voiced by many leading schizophrenia researchers - and not just by 'anti-psychiatrists'. It becomes clear that at no stage in its history was schizophrenia thought to be beyond improvement.