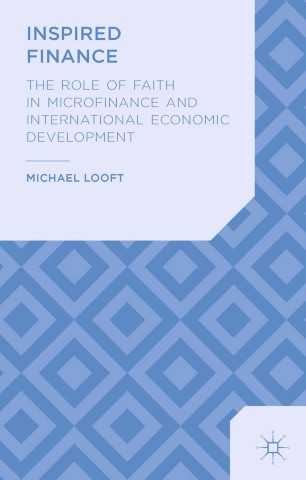 The Role of Faith in Microfinance and International Economic Development

By tracing an arc of thought and action from both historical and religious figures up through modern microfinance practitioners, Looft illustrates the many ways religious inspiration continues to remain at the crux of international economic development–while raising compelling questions around God and Mammon working together to help the poor.

Michael Looft works as the Regional Director for Europe and Asia at Kiva Microfunds. In his role, he is responsible for setting strategy and overseeing the portfolio of microfinance partners. In 2006, he shifted his career into microfinance after twelve years in the retail and commercial banking industries. Prior to joining Kiva, Michael organized savings and loan clubs (ASCAs) in Sierra Leone, developed a microfinance program for a US-based non-profit operating in the Philippines, and worked as a data analyst for a microfinance institution in Guatemala. He holds an undergraduate degree in International Business from San Francisco State University, a Masters of Liberal Arts from St. John's College, and a Master of Divinity from Harvard Divinity. At Harvard, he focused on designing Sharia-compliant microfinance products for Muslim communities, as well as researching the impacts of faith-based involvement in the microfinance industry.