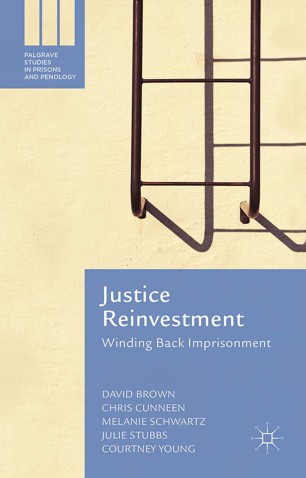 Justice reinvestment was introduced as a response to mass incarceration and racial disparity in the United States in 2003. This book examines justice reinvestment from its origins, its potential as a mechanism for winding back imprisonment rates, and its portability to Australia, the United Kingdom and beyond. The authors analyze the principles and processes of justice reinvestment, including the early neighborhood focus on 'million dollar blocks'. They further scrutinize the claims of evidence-based and data-driven policy, which have been used in the practical implementation strategies featured in bipartisan legislative criminal justice system reforms.
This book takes a comparative approach to justice reinvestment by examining the differences in political, legal and cultural contexts between the United States and Australia in particular. It argues for a community-driven approach, originating in vulnerable Indigenous communities with high imprisonment rates, as part of a more general movement for Indigenous democracy. While supporting a social justice approach, the book confronts significantly the problematic features of the politics of locality and community, the process of criminal justice policy transfer, and rationalist conceptions of policy. It will be essential reading for scholars, students and practitioners of criminal justice and criminal law.