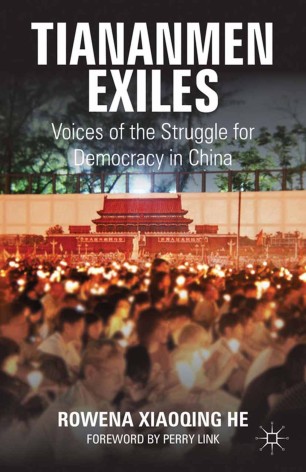 Voices of the Struggle for Democracy in China

In the spring of 1989, millions of citizens across China took to the streets in a nationwide uprising against government corruption and authoritarian rule. What began with widespread hope for political reform ended with the People's Liberation Army firing on unarmed citizens in the capital city of Beijing, and those leaders who survived the crackdown became wanted criminals overnight. Among the witnesses to this unprecedented popular movement was Rowena Xiaoqing He, who would later join former student leaders and other exiles in North America, where she has worked tirelessly for over a decade to keep the memory of the Tiananmen Movement alive.

This moving oral history interweaves He's own experiences with the accounts of three student leaders exiled from China. Here, in their own words, they describe their childhoods during Mao's Cultural Revolution, their political activism, the bitter disappointments of 1989, and the profound contradictions and challenges they face as exiles. Variously labeled as heroes, victims, and traitors in the years after Tiananmen, these individuals tell difficult stories of thwarted ideals and disconnection, but that nonetheless embody the hope for a freer China and a more just world.