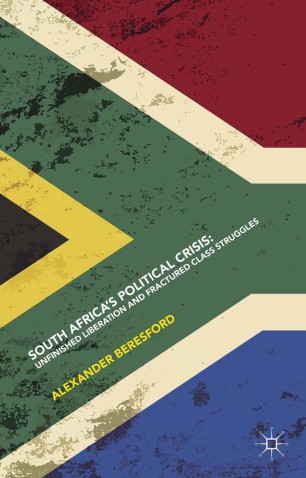 South Africa's current political upheavals are the most significant since the transition from apartheid. Its powerful trade unions are playing a central role, and the political direction they take will have huge significance for how we understand the role of labour movements in struggles for social justice in the twenty-first century.

Alexander Beresford is Lecturer in the Politics of African Development at the University of Leeds, UK, and a Senior Research Associate at the University of Johannesburg, South Africa. His work examines contemporary South African politics. He has previously published a range of articles on issues including patronage politics, crony capitalism, nationalism and labour politics in the post-apartheid era.

'Does 'the NUMSA moment' prefigure a regeneration of transformative politics? Or will it encourage the ANC to resort to defensive nationalism and authoritarian populism? The extraordinary importance of Beresford's analysis extends well beyond South Africa. It will become required reading by all those concerned with the prospects for organised labour in the global South.' Roger Southall, Professor Emeritus, Department of Sociology, University of the Witwatersrand, South Africa

'If you are interested seriously in 'the NUMSA moment' and its context in the complex web of South African politics, read this book now but don't expect another romantic overture to a clear class and ideological break from today's contradictions.' David Moore, Professor of Development Studies, University of Johannesburg, South Africa

'South African trade unions today are ruptured by political divisions and the ANC led alliance is divided. Beresford's book offers important fresh perceptions about the fragmentation of the labour movement as well as the possibilities of a new kind of class politics in South Africa.' Tom Lodge, Professor of Peace and Conflict Studies, University of Limerick, Ireland