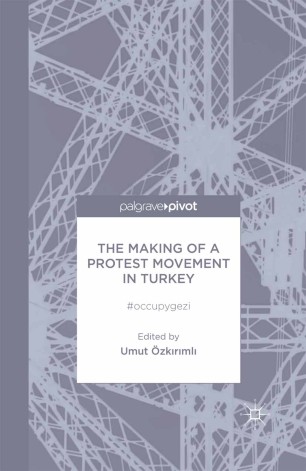 The Making of a Protest Movement in Turkey: #occupygezi

The aim of this collection of essays, the first academic book on the topic in English, is to offer a preliminary analysis of Gezi protests and address the following questions: 'How can we account for the protests?' and 'Who were the protesters?'

Umut Özkırımlı is Professor of Political Science at the Center for Middle Eastern Studies (CMES), Lund University, Sweden. He is also a Visiting Professor at The Middle East Centre (MEC), London School of Economics and The Centre for Advanced International Theory (CAIT), University of Sussex; Honorary Professor in Europe, Nationalism and Globalization at the Center for Modern European Studies (CEMES), University of Copenhagen; and a Senior Fellow at Istanbul Policy Center, Sabanci University. He is the author of Theories of Nationalism (editions 2000, 2010, 2017); Contemporary Debates on Nationalism (2005); Tormented by History (with Spyros A. Sofos, 2008); and editor of The Making of a Protest Movement in Turkey (2014). He is series editor of “Islam and Nationalism” (with Spyros A. Sofos). Özkırımlı's Theories of Nationalism has been adopted as a textbook in over 80 courses in approximately 30 countries across the world; and his books have been translated into Turkish, Greek, Albanian, Persian, Arabic and Chinese so far. He is also a regular contributor to opendemocracy, Huffington Post and al-Jazeera.

“This volume is a collection of valuable and comprehensive chapters analyzing the Gezi protests in terms of neo-liberal policies, privatization, authoritarianism, public space, the resistance of bodies against the contemporary regime and its policies, and the social and political outcomes of the protests. Each chapter contains important points and various aspects that concentrate on the protests’ dynamics and processes, even if they are not systematically connected.” (Betül Baki, Southeastern Europe, Vol. 40 (2), 2016)
Buy options