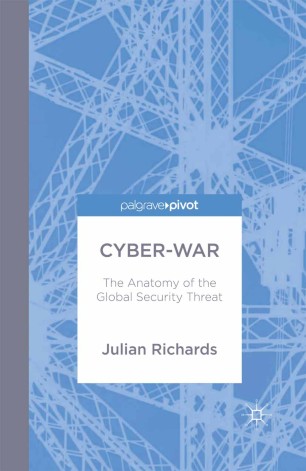 Cyber-War: The Anatomy of the global Security Threat

Cyber-War provides a critical assessment of current debates around the likelihood and impact of cyber warfare. Approaching the subject from a socio-political angle, it argues that destructive cyber war has not yet been seen, but could be a feature of future conflict.

Julian Richards is the Co-Director of the Centre for Security and Intelligence Studies at the University of Buckingham, UK. Prior to academic life, he spent seventeen years working in security and intelligence for the UK government. He is the author of three books on intelligence analysis and security policy, and a regular commentator on UK and international media.