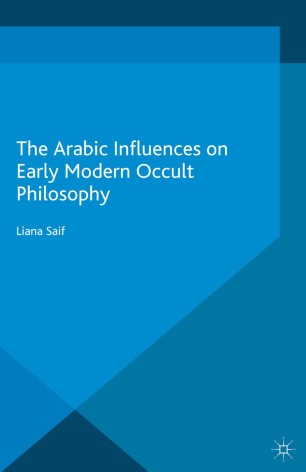 Investigating the impact of Arabic medieval astrological and magical theories on early modern occult philosophy, this book argues that they provided a naturalistic explanation of astral influences and magical efficacy based on Aristotelian notions of causality.

Liana Saif is British Academy postdoctoral fellow at the Oriental Institute in the University of Oxford (St. Cross College), UK. She is interested in Western and Islamic occult thought and the exchange of esoteric ideas between the two worlds. As part of her current project entitled 'On the Margins of Orthodoxy: Magic in Medieval Islam,' Saif is preparing an English translation of the Arabic magic compendium Ghayat al-hakim known as the Picatrix.