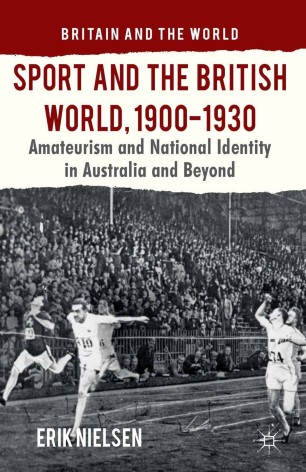 Amateurism and National Identity in Australasia and Beyond

This book provides a lively study of the role that Australians and New Zealanders played in defining the British sporting concept of amateurism. In doing so, they contributed to understandings of wider British identity across the sporting world.

Erik Nielsen is a historian of the British Empire with a focus on sport and is based at the University of New South Wales, Australia. He has published articles and chapters on track and field athletics, rugby league and Australia's sporting relationship with India. His teaching interests include military history, Australian colonial history and Australia's Asian Context.

“Nielsen’s assiduous work in the archives reveals that Coombes was instrumental in establishing a network of contacts who were empire loyalists rather than colonial nationalists. … it generates new perspectives that cultural historians will find useful.” (Dilwyn Porter, The Journal of the Historical Association, October, 2016)
Buy options