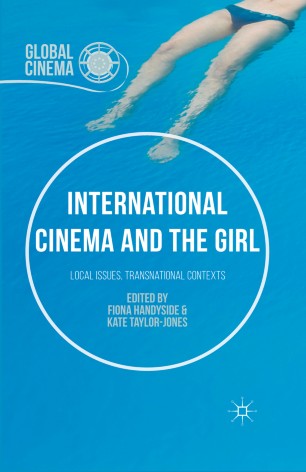 International Cinema and the Girl

From the precocious charms of Shirley Temple to the box-office behemoth Frozen and its two young female leads, Anna and Elsa, the girl has long been a figure of fascination for cinema. The symbol of (imagined) childhood innocence, the site of intrigue and nostalgia for adults, a metaphor for the precarious nature of subjectivity itself, the girl is caught between infancy and adulthood, between objectification and power. She speaks to many strands of interest for film studies: feminist questions of cinematic representation of female subjects; historical accounts of shifting images of girls and childhood in the cinema; and philosophical engagements with the possibilities for the subject in film. This collection considers the specificity of girls' experiences and their cinematic articulation through a multicultural feminist lens which cuts across the divides of popular/art-house, Western/non Western, and north/south. Drawing on examples from North and South America, Asia, Africa, and Europe, the contributors bring a new understanding of the global/local nature of girlhood and its relation to contemporary phenomena such as post-feminism, neoliberalism and queer subcultures. Containing work by established and emerging scholars, this volume explodes the narrow post-feminist canon and expands existing geographical, ethnic, and historical accounts of cinematic cultures and girlhood.