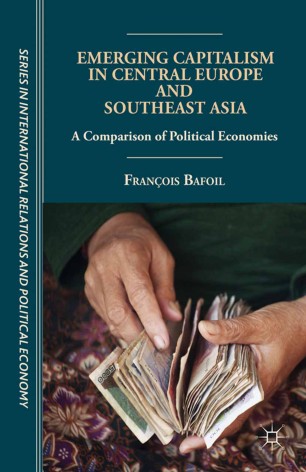 A Comparison of Political Economies

This book examines the emergence of different forms of capitalism in Central-Eastern states in Europe and Mekong states within the Association of Southeast Asian Nations (ASEAN). All of them (but Thailand) have historically disappeared from the regional maps for long periods of time due to colonial or imperial rule. Most of them were previously members of a soviet-type economy, and they all joined ASEAN or the European Union in the 1990s or in the 2000s. These states are characterized by a strong urge toward feelings of national sovereignty due to their experiences with colonialism and imperialism. But, due to the regional economic pressures and the globalization dynamic, these states cannot articulate protectionist policies. They are forced to open their economies in order to attract Foreign Direct Investments. This results in less regulated and more political forms of capitalism than in some more developed capitalist countries. This book analyzes forms of capitalism as the arising from a combination of three conditions: the legacy of the foreign occupations, the national construction process of the sovereign state, and lastly, the dynamics of regional integration. These states' claims to national sovereignty and the manner in which they developed suggests a causative link between the forms of political domination that have presided over these transformations and the forms of capitalism that have resulted.