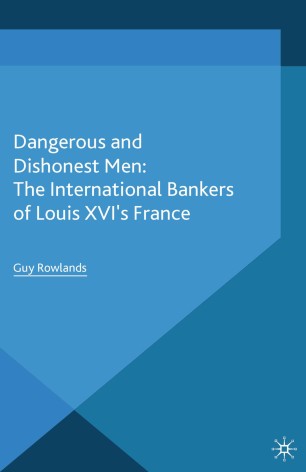 At the start of the eighteenth century Louis XIV needed to remit huge sums of money abroad to support his armies during the War of the Spanish Succession. This book explains how international bankers moved French money across Europe, and how the foreign exchange system was so overloaded by the demands of war that a massive banking crash resulted.

Guy Rowlands is Reader in Early Modern History at the University of St Andrews, and has taught at Oxford, Cambridge, Bristol and Durham. A prize-winning author of books on French military and financial history, he has received several research fellowships from the British Academy and the Alexander von Humboldt Foundation.

“The present book shifts attention from the French fiscal administration and its structural and organizational inadequacies, across to the bankers who provided the huge injections of cash and especially foreign specie, needed to keep the French armies in the field. … This is a study which brings into focus the operations of a distinct group of financial entrepreneurs, showing that they were both vital to and parasitic upon the state’s military ambitions.” (David Parrott, History - Journal of the Historical Association, December, 2016)

“Though this is a technical book, focused narrowly on a particular problem in international banking and state finance, Rowlands does a remarkably good job at explaining the intricacies of his subject, offering excellent introductions to the workings of the remitting system, the use of bills of exchange and the functions of international bankers. … This new book is the definitive work on international remitting in the last phase of Louis XIV’s reign, and is unlikely to be surpassed.” (John Shovlin, English Historical Review, Vol. 131 (552), October, 2016)

“Dangerous and Dishonest Men presents an astonishing story of administrative incompetence, corrupt banking practices, and financial disaster. Rowlands is remarkable in his ability to understand and clarify the intricacies of early modern war finance and bring them to bear on one of the major events in French economic history.” (Thomas M. Luckett, Journal of Modern History, Vol. 88 (4), 2016)