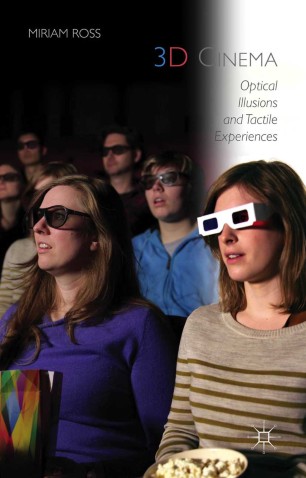 Miriam Ross is Senior Lecturer in Film at Victoria University of Wellington, New Zealand. She is the author of South American Cinematic Culture: Policy, Production, Distribution and Exhibition and publishes widely on global cinema, 3D cinema and new digital technologies. She is also cofounder of stereoscopicmedia.org.

'Covering the optical and illusory quality of 3D from its Victorian beginnings to its new digital dominance, Ross presents a new critical perspective on 3D that should be required reading for anyone in the field.' - Keith M. Johnston, University of East Anglia, UK

'With 3D Cinema Miriam Ross has finally written the book I've been waiting for someone to write for years! This is a masterfully written, thoughtful and thoroughly researched book that provides a rich account of shifts in perception and visuality. Rather than understanding 3D as a phenomenon specific to our digital times, Ross considers its connection to the complex media history of stereoscopic illusions that goes back 200 years. This book is a must read for any serious film and screen scholar!' - Angela Ndalianis, University of Melbourne, Australia

'Ross's trenchant book provides what the digital 3D era has long needed: neither hyperbolic justification nor predictable praise for stereoscopic cinema's few acknowledged masterpieces, but a sophisticated contribution to cinema aesthetics, in which 3D emerges as a third regime of screen entertainment, and one closely linked to contemporary fascination with bodily experience.' - Ian Christie, Birkbeck College, University of London, UK