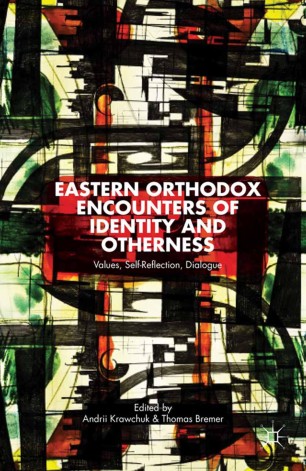 From diverse international and multi-disciplinary perspectives, the contributors to this volume analyze the experiences, challenges and responses of Orthodox Churches to the foundational transformations associated with the dissolution of the USSR.

“The collection … provides important new insights into the trajectories of Orthodox thought, institutional structure, and ecumenical activities in the twenty-first century. … the collection presents a balance of breadth and depth that will appeal to specialists on the region as well as scholars of religion. The text can serve as a valuable survey for upper-level undergraduate seminars and graduate courses on Russia and Eastern Europe, comparative religion, and church - state relations rooted in political, sociological and legal frameworks.” (Steven G. Jug, Journal of Church and State, Vol. 58 (1), 2016)

"Anyone wishing to understand the thinking and behavior of Orthodox Churches in the late twentieth and early twenty-first century need look no further. This volume, ably edited by Andrii Krawchuk and Thomas Bremer, offers a comprehensive survey of the Eastern Orthodox world, taking into view, among other things, Orthodox appraisals of Western values, encounters with Catholic and Protestant Churches, and the emergence of a new religious consciousness in Russia. This volume is a most welcome addition to the literature on religion and society." - Sabrina P. Ramet (NTNU), author of Nihil Obstat: Religion, Politics, and Social Change in East-Central Europe and Russia

"The twenty papers in this compendium trace the metamorphoses in Orthodox self-identity and relationship with others, particularly the West. These are uniformly perceptive, diverse, interdisciplinary and well informed research papers expertly edited by two of the foremost scholars of religion of central and eastern Europe, Andrii Krawchuk and Thomas Bremer. Those wishing to understand the post-communist transition of Orthodoxy will want to read this book." - Paul Mojzes, Editor, 'Occasional Papers on Religion in Eastern Europe'

"With the collapse of the Soviet bloc in 1989 and the dissolution of the USSR in 1991, Orthodox churches in Central and Eastern Europe faced new opportunities and daunting challenges. Thrust from isolation into a global environment, these churches have had to reflect on their understanding of themselves and others while dealing with democracy, pluralism, and post-modernity. This book presents careful studies offering keen insights and sage observations on what has transpired in Orthodoxy in the region in the past generation." - James R. Payton, Jr., Former President, CAREE (Christians Associated for Relationships with Eastern Europe), Professor of History, Redeemer University College, Ontario, CAN