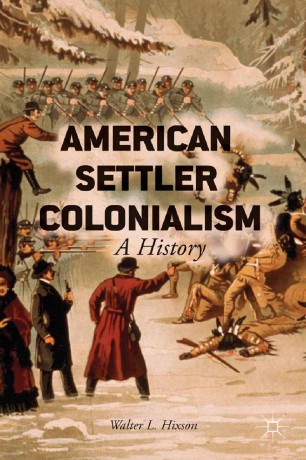 Over the course of three centuries, American settlers helped to create the richest, most powerful nation in human history, even as they killed and displaced millions. This groundbreaking work shows that American history is defined by settler colonialism, providing a compelling framework through which to understand its rise to global dominance.

Walter L. Hixson is Distinguished Professor of History at the University of Akron, USA. His most recent book is The Myth of American Diplomacy: National Identity and U.S. Foreign Policy (2009).

'The strengths of this book include its commitment to a clearly stated theoretical foundation, its concern about the under reporting of the violence and violation to human beings at the core of this history, and its intention to incorporate a comparative element. It integrates Native American history into American history narratives and does important work in bringing the U.S.-Mexico War and other colonial conflicts into the analysis." - Sherry L. Smith, University Distinguished Professor of History and Associate Director of the Clements Center for Southwest Studies, Southern Methodist University, USA

"Hixson has synthesized the history of English/American settler colonialism of American Indian peoples through the latest settler colonial theories. There is no other work out there like this, and this kind of synthesis is much needed. In particular, he shows the thread between conflagrations that are often treated distinctly from one another: the US-Mexican War, the Civil War, the Indian Wars, and the Spanish-American War." - Margaret Jacobs, Chancellor's Professor of History, University of Nebraska-Lincoln, USA
Buy options