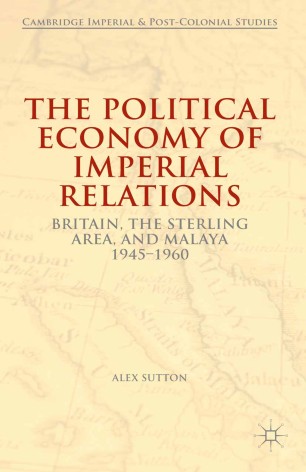 The Political Economy of Imperial Relations

The Political Economy of Imperial Relations offers a much needed historical and theoretical intervention into the relationship between Britain and Malaya after the Second World War. It challenges existing accounts and details a strong continuity in this relationship from 1945 until 1960.