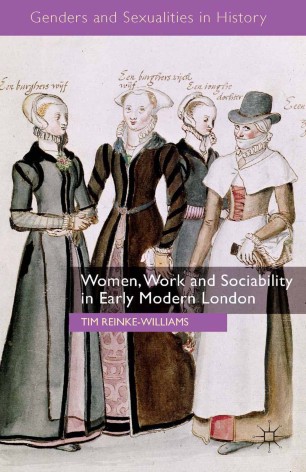 Drawing on legal and literary sources, this work revises and expands understandings of female honesty, worth and credit by exploring how women from the middling and lower ranks of society fashioned positive identities as mothers, housewives, domestic managers, retailers and neighbours between 1550 and 1700.

Tim Reinke-Williams is Lecturer in History at the University of Northampton, UK. His research focuses on how ideas and practices of gender shaped the mentalities and experiences of women and men in early modern England. His publications include articles in the journals Gender and History and Continuity and Change.

“Reinke-Williams usefully builds on the work of other scholars to investigate precisely how women actively acquired credit through motherhood, housewifery, domestic management, work, and sociability. His in-depth discussions of motherhood and women who took in lodgers are especially novel and welcome additions to a literature that has focused on relations between spouses and neighbors.” (Eleanor Hubbard, Renaissance Quarterly, Vol. 68 (4), 2015)

"Women, Work and Sociability in Early Modern London is a comprehensive, well-written and exciting addition to a growing scholarship investigating how the middling sort and labouring poor forged and expressed positive identities for themselves in early modern England, particularly through their work and sociability. It particularly opens up new directions for histories of women's work during this period, moving away from the arguable binaries of previous historiography which has so often limited itself to particular evidence bases." - Reviews in History