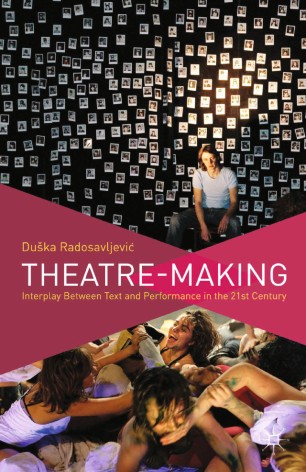 Interplay Between Text and Performance in the 21st Century

Theatre-Making explores modes of authorship in contemporary theatre seeking to transcend the heritage of binaries from the Twentieth century such as text-based vs. devised theatre, East vs. West, theatre vs. performance - with reference to genealogies though which these categories have been constructed in the English-speaking world.

Duška Radosavljevic is Lecturer of Drama and Theatre Studies at the University of Kent, UK. She has previously worked as the dramaturg at the Northern Stage ensemble, education practitioner at the Royal Shakespeare Company and she regularly reviews for The Stage Newspaper. Her collection of interviews The Contemporary Ensemble was published in 2013.