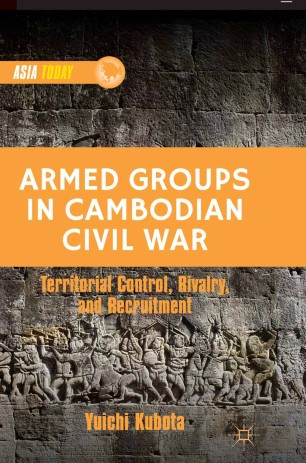 In civil war the causal mechanism on recruitment of combatants is complicated because armed groups interact for context-based strategic. This book argues that a group will adopt varying mobilization strategies depending upon the difference in a group's influence between the stronghold and contested areas, using as examples two Cambodian civil wars.

Yuichi Kubota is Lecturer at Center for Policy Research, University of Niigata Prefecture, Niigata, Japan. His research focuses on civil war, public opinion, and the political economy of development in Asia. He has published several research articles in these fields.

"Given the surge in the number of micro-level studies of civil war over the last ten years, Armed Groups in Cambodian Civil War will attract much attention from scholars of conflict studies, comparative politics, international relations, and peace studies. Observing the field research carefully conducted by the author, area specialists and historians on Asia, especially those specializing in Cambodia, will also be interested in the book. It is policy-relevant and timely, given the security, economic, and humanitarian implications of the domestic conflicts, not only for conflict-ridden countries but also for the rest of the world.' Kazuhiro Obayashi, Hitotsubashi University, Japan