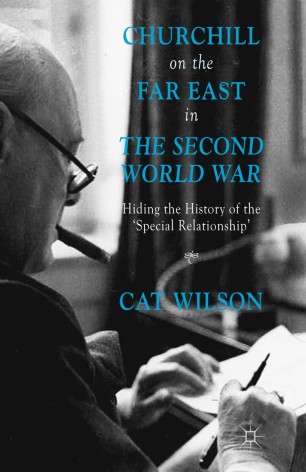 Churchill on the Far East in The Second World War

Hiding the History of the ‘Special Relationship’

Cat Wilson brings together two strands of historical scholarship: Churchill's work as a historian and the history of WWII in the Far East. Examining Churchill's portrayal of the British Empire's war against Japan, as set down in his memoirs, it ascertains whether he mythologised wartime Anglo-American relations to present a 'special relationship'.

Cat Wilson was awarded her doctorate in 2012 from Hull University, UK and has presented her research both nationally and internationally. She is a member of the British Commission for Military History as well as the British Empire at War research group. This is her first major publication.

“Dr. Cat Wilson studies Winston Churchill’s treatment of India and the war against Japan in his six volume-memoirs of the war. … Churchill on the Far East in The Second World War is a thorough academic study that makes many interesting points and successfully fills the gaps in the historical literature regarding Churchill’s memoirs and the Far East.” (A blog on Winston Churchill, winstonchurchillblog.wordpress.com, March, 2016)

“This book is an excellent treatment of Churchill’s historical sleight of hand. Closely-argued, it deserves a wide readership. Perhaps finally historians of the Second World War, and the general public, will be able to liberate themselves from Churchill’s distorting sway.” (Chandar S. Sundaram, Reviews in History, March, 2016)