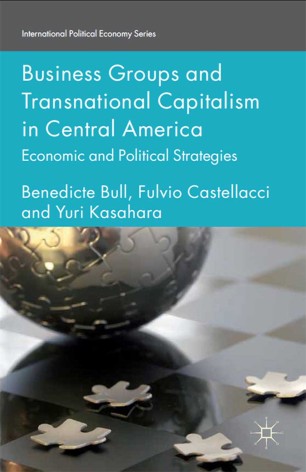 This book investigates Central America's political economy seen through the lens of its powerful business groups. It provides unique insight into their strategies when confronted with a globalized economy, their impact on development of the isthmus, and how they shape the political and economic institutions governing local varieties of capitalism.

Benedicte Bull is Professor at the Centre for Development and the Environment (SUM), University of Oslo and director of the Norwegian Network for Latin America Research. She holds a PhD in Political Science (2003) and has published widely on development theory, Latin American political economy and governance and international institutions.

Yuri Kasahara was a Research Associate at SUM, University of Oslo during the work with this book, and is currently Senior Researcher at the Norwegian Institute for Urban and Regional Research (NIBR). He holds a PhD in Political Science from the Instituto Universitario de Pesquisas do Rio de Janeiro (2009). His areas of interest are political economy, Latin American politics, and state-business relations.