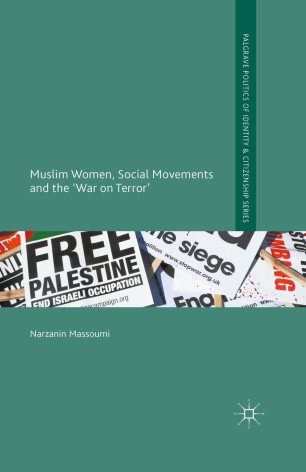 Muslim Women, Social Movements and the ‘War on Terror’

On 15th February 2003, two million people marched in the streets of London to call on the British government not to go to war with Iraq. Though Britain did enter war, the movement did not rest in defeat. This book tells the story of what happened behind the scenes of this extraordinary mass movement, looking specifically at the political relationship between Muslim and leftist activists.

Crisis narratives about Muslims assume that they are only engaged with sectarian communalist forms of identity politics or that their supposed religious and social conservatism is incompatible with progressive values. Through telling this story, Massoumi looks closely at the role of identity politics within social movements, considering what this means in practice and whether we can meaningfully speak of identity politics. Arguing that identity politics can only be understood within the context of a wider social and political structure, this book analyses the conditions through which Muslim and leftist engagement emerges within this movement, and highlights the decisive leadership of Muslim women.