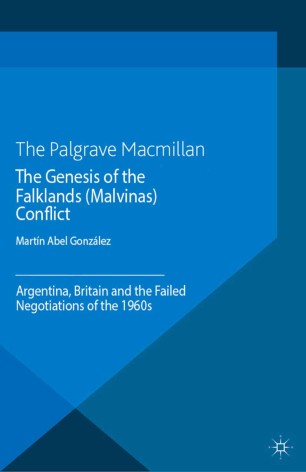 The Genesis of the Falklands (Malvinas) Conflict

Argentina, Britain and the Failed Negotiations of the 1960s

Drawing on a wide range of British and Argentine sources, this book highlights the importance of the neglected 1960s as the decade in which the dormant Falklands (Malvinas) dispute became reactivated, developing into a dynamic set of bilateral negotiations on the question of sovereignty.

Martín Abel González was a doctoral student in the International History Department at LSE, UK, between 2004 and 2011. He passed away in the summer of 2011 after completing this work.

Nigel Ashton was Martín Abel González's PhD supervisor. He is Professor of International History at the LSE, UK.