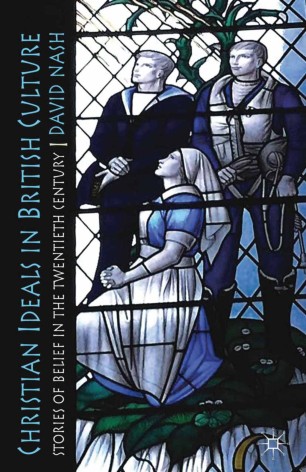 Stories of Belief in the Twentieth Century

This book offers a challenge to conventional histories of secularisation by focusing upon the importance of central religious narratives. These narratives are changed significantly over time, but also to have been invested with importance and meaning by religious individuals and organisations as well as by secular ones.

David Nash is Professor of History at Oxford Brookes University, UK. He has published on the history of blasphemy, the atheist movement in Britain, the history of shame in the nineteenth century and the history of secularisation. He has also given advice on the issue of blasphemy to a number of NGOS and western governments.

'... there is no question, to my mind, but that David Nash opens up a number of fascinating lines of inquiry into the metaphysical and moral reasoning which runs through much modern British culture and history.' - Revd Dr Jeremy Morris, King's College, Cambridge, UK

'David Nash's Christian Ideals in British Culture: Stories of Belief in the Twentieth Century offers away past the increasingly stale secularization debate. Nash calls for a new agenda for future research, a religious history of highly contextual individual choices. It can only be hoped that historians will take up this challenge and continue to explore religious belief in twentieth-century Britain without relying on problematic metanarratives. This book will serve as a useful starting point in that endeavor.' Stephen Jackson - Journal of British Studies