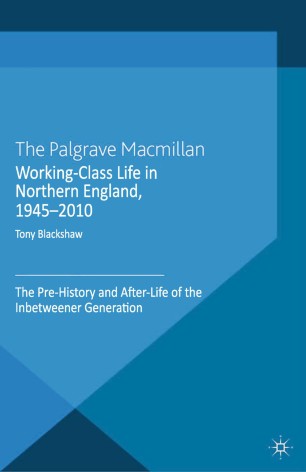 The Pre-History and After-Life of the Inbetweener Generation

Taking a fresh look the history of northern working-class life in the second half of the twentieth century, this book turns to the concept of generation and generational change. The author explores Zygmunt Bauman's bold vision of modern historical change as the shift from solid modernity to liquid modernity.

Tony Blackshaw is a Reader at Sheffield Hallam University, UK. He has published works on a broad range of themes which include the following books: Leisure Life: Myth, Masculinity and Modernity (2003), Zygmunt Bauman (2005), Key Concepts in Community Studies (2010) and Leisure (2010).

'In [the book], Blackshaw sets up the 'Inbetweeners', a generation that spans a good deal of the 20th century sitting between an earlier traditional solid working-class and those of the later 'boomer' generation [it] shows us how modern Britain was forged before, during and after the war. The shape of work, industrial relations, post-war political affiliations, and housing tenure are all powerfully influenced by the politics of class. We learn too of the importance of working-class organization and solidarity built across generations.'- Sociology , Volume 48