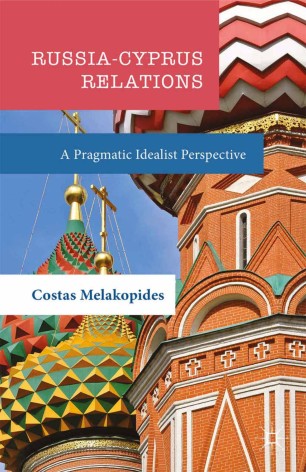 This study assesses Moscow's special bilateral relations with Cyprus since the mid-1950s, with particular emphasis on the post-Cold War years. Melakopides develops the theory of 'pragmatic idealism' when describing the way in which Moscow's Cyprus policies were meant to satisfy not only mutual interests but also international legal and ethical principles and norms. The book recalls Cyprus's dramatic vicissitudes since the 1950s and revisits the controversial 'political realist' policies of Washington, Ankara and London against the interests and needs of the Greek-Cypriot majority. Melakopides then goes on to analyse the regional geopolitical context; Turkey's hegemonic ambitions and its ongoing aggressiveness against Cyprus; Nicosia's current efforts to pursue a multidimensional foreign policy that also engages Greece, Israel and Egypt; the strong Russian-Cypriot diplomatic and political relations as well as their relations in trade, banking, energy, tourism, culture, energy and defence; and the origins of Russia's historical, religious and 'spiritual' sentiments and bonds towards Hellenism and Cyprus.

Costas Melakopides studied law, philosophy and politics in Greece, England and Canada before teaching International Relations. He joined the University of Cyprus as Assistant and Associate Professor (1996-2010). Since retiring from teaching, he has continued researching and publishing on the Cyprus problem; Greek-Turkish relations; EU-Cyprus relations; international ethics; and Russia-Cyprus relations. He has published numerous books, co-edited volumes, and journal articles.

“Costas Melakopides’s Russia-Cyprus Relations: A Pragmatic Idealist Perspective, deals with a subject that has been overlooked in contemporary geopolitical literature. Through a chronological examination of the relationship between Russia and Cyprus, Melakopides attempts to make a strong statement on two levels. First, he provides a distinct theoretical insight into the motivations driving Russian foreign policy in the region, and second, he juxtaposes the Russian approach to that of Britain and the United States.” (Petros Vamvakas, Mediterranean Quarterly, June, 2017)