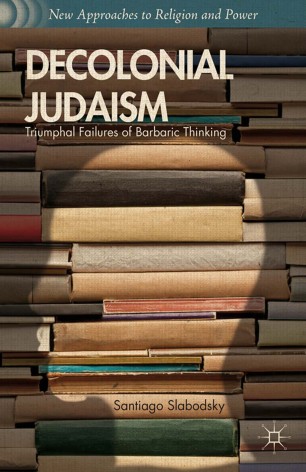 Decolonial Judaism: Triumphal Failures of Barbaric Thinking explores the relationship among geopolitics, religion, and social theory. It argues that during the postcolonial and post-Holocaust era, Jewish thinkers in different parts of the world were influenced by Global South thought and mobilized this rich set of intellectual resources to confront the assimilation of normative Judaism by various incipient neo-colonial powers. By tracing the historical and conceptual lineage of this overlooked conversation, this book explores not only its epistemological opportunities, but also the internal contradictions that led to its ultimate unraveling, especially in the post-9/11 world.