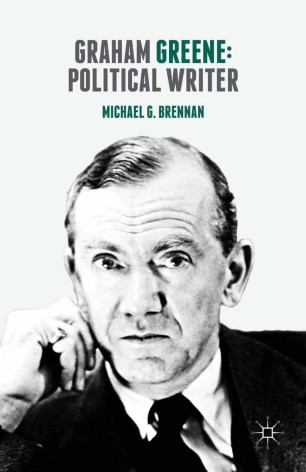 Graham Greene remarked that 'politics are in the air we breathe, like the presence or absence of a God' (The Other Man). This study is the first to provide a detailed consideration of the impact of his political thought and involvements on his writings both fictional and factual. It also offers the first detailed consideration of Greene's involvements in espionage and British intelligence from the 1920s until the late-1980s. It incorporates material not only from his major fictions but also from his prolific journalism, letters to the press, private correspondence, diaries and working manuscripts and typescripts, as well as consideration of the diverse political involvements and writings of his extended family network. It shows how the full range of Greene's writings was inspired and underpinned by his fascination with the essential human duality of political action and religious belief, coupled with an insistent need as a writer to keep the political personal.

Michael G. Brennan is Professor of English Studies at the University of Leeds, UK, where he has taught for over thirty years, having previously studied at the Universities of Oxford and Cambridge. He has published widely on literature, politics and religion during the twentieth century and also on literary history and textual editing in the early-modern period.