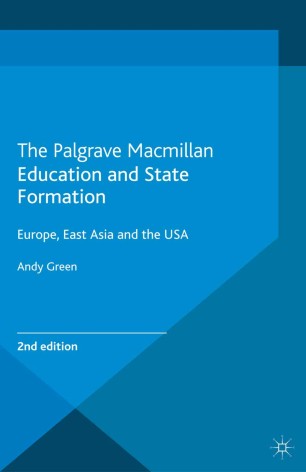 Europe, East Asia and the USA

Education has always been a key instrument of nation-building in new states. National education systems have typically been used to assimilate immigrants; to promote established religious doctrines; to spread the standard form of national languages; and to forge national identities and national cultures. They helped construct the very subjectivities of citizenship, justifying the ways of the state to the people and the duties of the people to the state. In this second edition of his seminal and widely-acclaimed book on the origins of public education in England, France, Prussia, and the USA, Andy Green shows how education has also been used as a tool of successful state formation in the developmental states of East Asia. While human capital theories have focused on how schools and colleges supply the skills for economic growth, Green shows how the forming of citizens and national identities through education has often provided the necessary condition for both economic and social development.