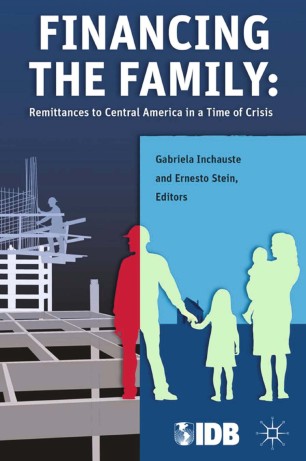 Remittances to Central America in a Time of Crisis

Interest in learning how to make the most of the potential developmental benefits of remittance flows has grown worldwide. Financing the Family adds to that body of knowledge with a summary of recent research that emphasizes experimental approaches, focuses on Central America, and analyzes the impact of the recent financial crisis.

"Migration and remittances have increasingly shaped the social and economic fabric of Central America over the past two decades, yet the phenomenon has not been sufficiently studied. The contribution of this volume to fill in many of the gaps in the existing literature and provide an in-depth understanding of the multiple variables behind migration-remittances can hardly be overstated. The volume not only provides a comprehensive and systematic examination of several issues related to the phenomenon but it also includes pioneering work on the explanation of the behavior of both migrants and households receiving remittances, the impact of the recent U.S. crisis on these flows to Central America and some policy implications to increase the potential contribution of remittances for development. This is imperative reading for anybody interested in this topic." - Carlos Acevedo, Central America Representative to the IMF Board and former president of the Central Bank of El Salvador

"Financing the Family provides a new perspective on the issue of remittances by evaluating their effects in Central America, a region of countries that have sent a steady stream of migrants to the United States and are among the most dependent on remittances in the world. In addition to evaluating the impact of remittances on consumption, investment, poverty, health and education, the book analyzes how changing conditions including a serious crisis in different regions and sectors in the United States have affected the flow of remittances. Most interestingly, it evaluates policies to enhance the benefits of remittances and the social, entrepreneurial and political dimensions of ongoing linkages between migrants and their countries of origin." - Juan Alberto Fuentes, Director of the Economic Development Division, Economic Commission for Latin America and the Caribbean (ECLAC)