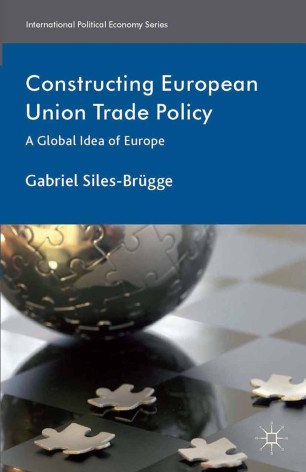 A Global Idea of Europe

With the stagnation of the Doha Round of multilateral talks, trade liberalisation is increasingly undertaken through free trade agreements. Gabriel Siles-Brügge examines the EU's decision following the 2006 'Global Europe' strategy to negotiate such agreements with emerging economies. Eschewing the purely materialist explanations prominent in the field, he develops a novel constructivist argument to highlight the role of language and ideas in shaping EU trade policy. Drawing on extensive interviews and documentary analysis, Siles-Brügge shows how EU trade policymakers have privileged the interests of exporters to the detriment of import-competing groups, creating an ideational imperative for market-opening. Even during the on-going economic crisis the overriding mantra has been that the EU's future well-being depends on its ability to compete in global markets. The increasingly neoliberal orientation of EU trade policy has also had important consequences for its economic diplomacy with the developing economies of the African, Caribbean and Pacific group of states.