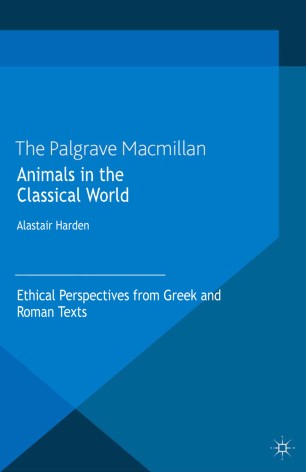 Animals in the Classical World

This sourcebook presents nearly 200 specially-translated Greek and Roman texts from Homer to Plutarch, revealing the place of the animal in the moral consciousness of the Classical era. Philosophical, historical, dramatic and poetic texts explore how animals were regarded in all aspects of ancient life, from philosophy to farming.