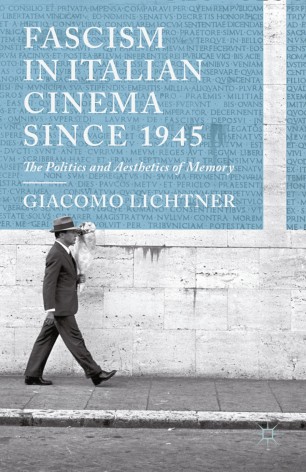 Fascism in Italian Cinema since 1945

The Politics and Aesthetics of Memory

From neorealism's resolve to Berlusconian revisionist melodramas, this book examines cinema's role in constructing memories of Fascist Italy. Italian cinema has both reflected and shaped popular perceptions of Fascism, reinforcing or challenging stereotypes, remembering selectively and silently forgetting the most shameful pages of Italy's history.

Giacomo Lichtner is Senior Lecturer in History and Film at Victoria University of Wellington, New Zealand. He is a cultural historian and his research focuses specifically on the relationship between history and film, cinema as both a mirror and creator of social trends and the political uses of cinema to create national and political identities. In addition to a number of articles and essays, he is author of Film and the Shoah in France and Italy (Vallentine Mitchell, 2008).

“A powerful and fluently written study of ‘the role that cinema has played in the evolution and transmission of Italy’s memories of … the long Second World War, which in Italy surely began with the Fascist takeover of power in 1922 and ended on 25 April 1945’ … . a lively and memorable work, and its disparaging and authoritative take on cinema, audiences, and the Italian memory of Fascism is likely to become a standard account.” (Alan O’Leary, H-Italy, H-Net Reviews, h-net.org, October, 2016)