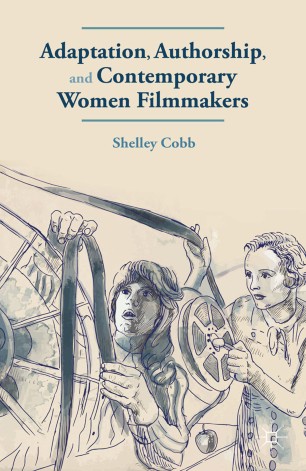 A lively discussion of costume dramas to women's films, Shelley Cobb investigates the practice of adaptation in contemporary films made by women. The figure of the woman author comes to the fore as a key site for the representation of women's agency and the authority of the woman filmmaker.

Shelley Cobb is Associate Professor in Film and English at the University of Southampton, UK. She has published widely in the areas of women filmmakers, adaptation and celebrity studies, and is the co-editor, with Neil Ewen, of First Comes Love: Power Couples, Celebrity Kinship, and Cultural Politics (2015).

'How can a woman filmmaker claim her own authority? In this engaging book, Cobb shows how women directors adapt the figure of the woman writer to negotiate questions of subjectivity, desire and control. Moving adeptly from classics to chick lit, from art films to popular cinema, Cobb weaves these doubly female texts into a productive conversation.' - Christine Geraghty, Honorary Professorial Fellow, University of Glasgow, UK

'Shelley Cobb has deftly combined an examination of female creativity with an exploration of adaptation. By showing that questions of authorship, and the screen representations of processes of authoring, can be productively understood through the lens of adaptation theory, she offers a fresh and vital engagement with the notions of female creative authority. Her book traces recurrent issues for the female author in her examination of films from a range of genres and contrasting modes of production. In framing female creativity as adaptive and adapted, and as borne through dialogues and tensions, the book offers a new frame within which female creativity on page and screen can be understood.' - Helen Hanson, University of Exeter, UK