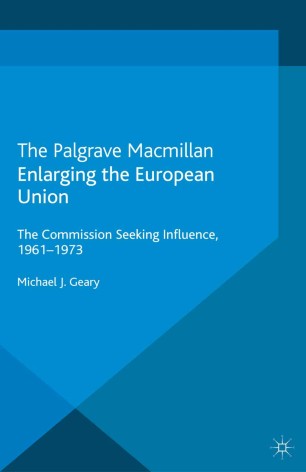 The book presents a new history of the first enlargement of the EU. It charts the attempts by the European Commission to influence the outcome of the British and Irish bids to join the Common Market during the 1960s and 1970s. The most politically divisive EU enlargement is examined through extensive research in British, Irish, EU, and US archives.

Michael J. Geary is a Fellow at the Woodrow Wilson Center in Washington, D.C., USA, and Assistant Professor at Maastricht University, The Netherlands. He has previously held a Fulbright-Schuman Fellowship at the Catholic University of America (D.C.), and a European Parliament-Geremek Research Fellowship at the College of Europe (Warsaw). He holds a Ph.D. from the European University Institute, Florence, Italy.