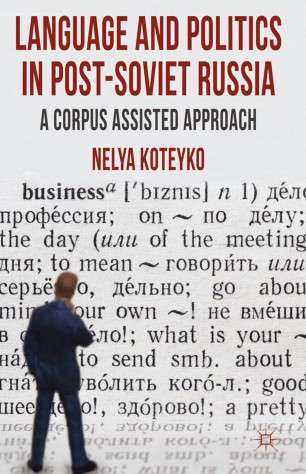 Language and Politics in Post-Soviet Russia

Language and Politics in Post-Soviet Russia critically examines the uses of language in post-Soviet media and political texts between 1998 and 2007. It will be of interest to academics and researchers in the fields of media studies, discourse analysis, corpus linguistics, and scholars in Russian Studies.

Nelya Koteyko is a Senior Lecturer in Media and Communication, University of Leicester, UK. Her research lies at the intersection of media studies, discourse analysis, and corpus linguistics. Her current work examines linguistic framing of public responses to developments in science and technology.