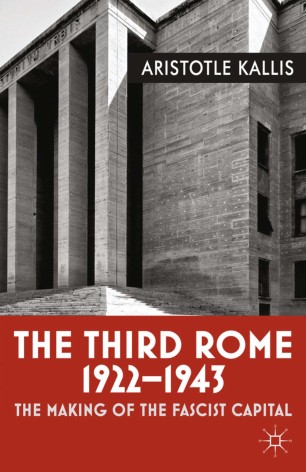 The Making of the Fascist Capital

What kind of city was the Fascist 'third Rome'? Imagined and real, rooted in the past and announcing a new, 'revolutionary' future, Fascist Rome was imagined both as the ideal city and as the sacred centre of a universal political religion. Kallis explores this through a journey across the sites, monuments, and buildings of the fascist capital.

Aristotle Kallis is Professor of Modern and Contemporary History at Lancaster University, UK. His research focuses on the study of European fascism/the extreme right, interwar modernism, and mass violence. His principal publications include Genocide and Fascism (2009), Nazi Propaganda in the Second World War (2005), and The Fascism Reader (2003).