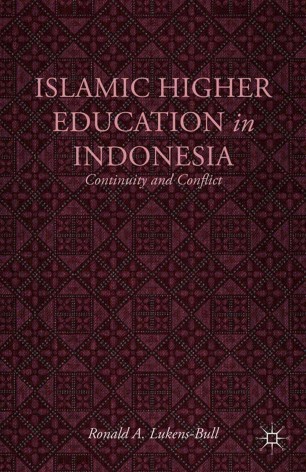 This project looks at the work of the faculty in Indonesia's National Islamic Institutes to address, respond, and prevent the success of radical Islamic discourse and institution of Shari'a law in the school system.

Ronald A. Lukens-Bull is Associate Professor of Anthropology, Department of Sociology-Anthropology, University of North Florida, USA.

"Muslim societies are trailing behind many developed societies in terms of investment in research and higher education. Ronald A. Lukens-Bull's study of higher education in Indonesia is important at two levels. Firstly Indonesia has made major strides in raising literacy rates and creating a higher education system, but Lukens-Bull offers a clear insight into the remaining and unsolved tensions between preserving a religious tradition and preparing students for a rapidly changing society. Secondly he offers a solution to the puzzle one Islam or many? by showing how we can think of Islam as both generic language (langue) and an assembly of dialectics (parole). The result is a major achievement in clarifying the dynamic and often contradictory relationships between religion, education, and social change." Bryan S. Turner, The Graduate Center, CUNY, USA