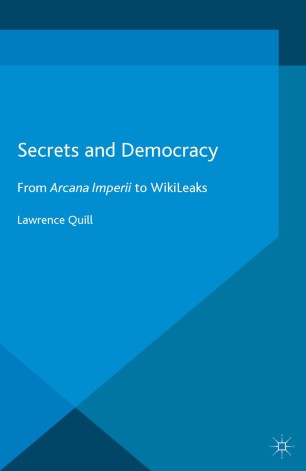 From Arcana Imperii to WikiLeaks

Secrets and Democracy develops a new approach to understanding the centrality of secrecy to political life. From the ancient world to the modern, this book considers the growing importance of secrets, the dilemmas this poses to conceptions of democracy and the challenges that collecting secrets poses to publicity and privacy in the network society.

Lawrence Quill is Professor of Political Science at San José State University, San José, USA where he teaches courses in political theory. He is the author of Liberty after Liberalism (London: Palgrave, 2006) and Civil Disobedience: (Un)Common Sense in Mass Democracies (London: Palgrave, 2009).