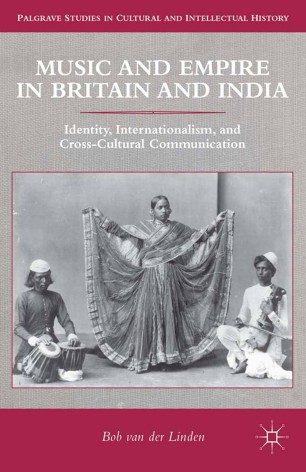 Music and Empire in Britain and India

Music has been neglected by imperial historians, but this book shows that music is an essential aspect of identity formation and cross-cultural exchange. It explores the ways in which rational, moral, and aesthetic motives underlying the institutionalization of "classical" music converged and diverged in Britain and India from 1880-1940.

'There is no doubt that this book makes a major contribution to the understanding of the relationship of music and empire. It has been exhaustively researched, is carefully argued and accessibly written, and the author has the advantage not enjoyed by previous writers in this field of combining historical understanding and musical knowledge. It is likely to hold its place in the subject area for years to come.' - Jeffrey Richards, Professor of Cultural History, Lancaster University, UK, and author of Imperialism and Music: Britain 1876-1953

'In this original and thought-provoking study, Bob van der Linden brings together a colourful cast of musicians, composers, poets, music critics and researchers who shared a deep passion for Indian music and thought, and played an important role in the modern histories of musical Orientalism and Hindustani music as well as the emergence of ethnomusicology. Engagingly written and refreshingly free of jargon, this excellent book deserves to be read widely.' - Joep Bor, Professor, Leiden University, The Netherlands, and editor and co-author of The Raga Guide (1999) and Hindustani Music: Thirteenth to Twentieth Centuries (2010)