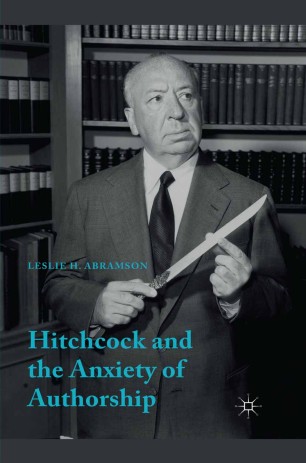 Hitchcock and the Anxiety of Authorship

Hitchcock and the Anxiety of Authorship examines issues of cinema authorship engaged by and dynamized within the director's films. A unique study of self-reflexivity in Hitchcock's work from his earliest English silents to his final Hollywood features, this book considers how the director's releases constitute ever-shifting meditations on the conditions and struggles of creative agency in cinema. Abramson explores how, located in literal and emblematic sites of dramatic production, exhibition, and reception, and populated by figures of directors, actors, and audiences, Hitchcock's films exhibit a complicated, often disturbing vision of authorship - one that consistently problematizes rather than exemplifies the director's longstanding auteurist image. Viewing Hitchcock in a striking new light, Abramson analyzes these allegories of vexed agency in the context of his concepts of and commentary on the troubled association between cinema artistry and authorship, as well as the changing cultural, industrial, theoretical, and historical milieus in which his features were produced. Accordingly, the book illuminates how Hitchcock and his cinema register the constant dynamics that constitute film authorship.