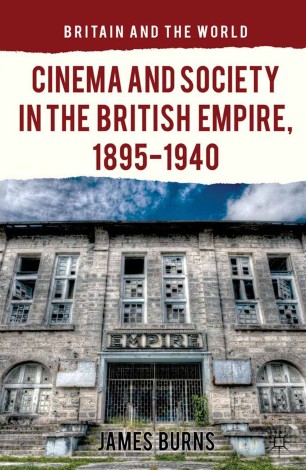 By 1940 going to the movies was the most popular form of public leisure in Britain's empire. This book explores the social and cultural impact of the movies in colonial societies in the early cinema age.

James Burns teaches African History at Clemson University, USA. He is the author of several works on the social history of cinema, including Flickering Shadows: Cinema and Identity in Colonial Zimbabwe (2002)

“Cinema and Society in the British Empire is … a thoroughly fascinating book. … It reveals the complexity and nuance of British colonial rule in the tropical empire while exploring cinema’s crucial role within it. … This is an accessibly written, broad-ranging and impeccably researched book that is certain to be a key point of reference for future scholars of cinema-going in the British Empire. It is sure to attract a wide readership.” (Robert James, The Journal of Imperial and Commonwealth History, Vol. 42 (3), 2014)