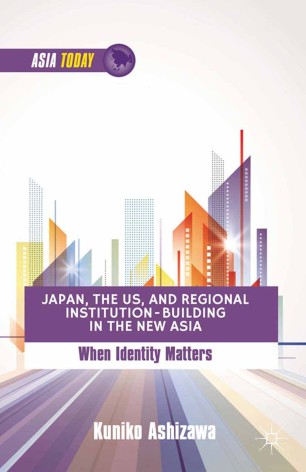 Japan, the US, and Regional Institution-Building in the New Asia

Providing a thorough and novel account of US and Japanese foreign policymaking toward regional institution-building in post-Cold War Asia, this study serves as the first comparative analysis of these two major actors in this realm of regional cooperation and demonstrates not only how but also when state identity shapes a state's foreign policy.

"The theoretical framework is clear, innovative, and strongly linked to existing literature; the empirical casework fills an important gap in our understanding of important developments in Asia-Pacific regionalism; and the prose itself is a pleasure to read Ashizawa helps us to conceptualize when identity matters in policymaking, and also helps to clarify how multiple identities can overlap to shape policy I, for one, would like to try to implement her framework in my own future work." - Andrew Oros, Director of International Studies and Associate Professor of Political Science and International Studies, Washington College, Maryland, USA

"For over forty years, specialists have debated whether various approaches explain international relations, only to find that none are completely adequate by themselves. Ashizawa's book smartly uses a more eclectic approach combining the constructivism of the concept of 'state identity' with the neo-realism of the notion of 'the structural attributes of states.' In so doing she ingeniously solves an intriguing puzzle in the international relations of the Asia Pacific: why Japan's and the U.S.'s behavior patterns were different but internally consistent across the founding of the first two significant transnational institutions in the region, APEC and ARF. A truly creative and novel contribution to both the growing literature on Asia-Pacific regionalism and to international relations theory." - Ellis S. Krauss, School of International Relations and Pacific Studies, University of California, San Diego