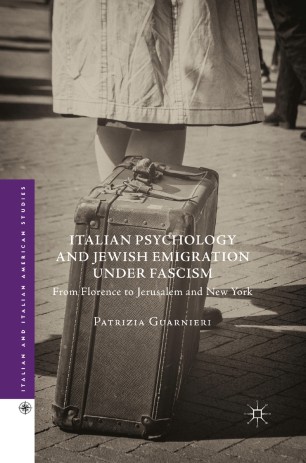 From Florence to Jerusalem and New York

Fascism and the racial laws of 1938 dramatically changed the scientific research and the academic community. Guarnieri focuses on psychology, from its promising origins to the end of the WWII. Psychology was marginalized in Italy both by the neo-idealistic reaction against science, and fascism (unlike Nazism) with long- lasting consequences. Academics and young scholars were persecuted because they were antifascist or Jews and the story of Italian displaced scholars is still an embarrassing one. The book follows scholars who emigrated to the United States, such as psychologist Renata Calabresi, and to Palestine, such as Enzo Bonaventura. Guarnieri traces their journey and the help they received from antifascist and Zionist networks and by international organizations. Some succeeded, some did not, and very few went back.