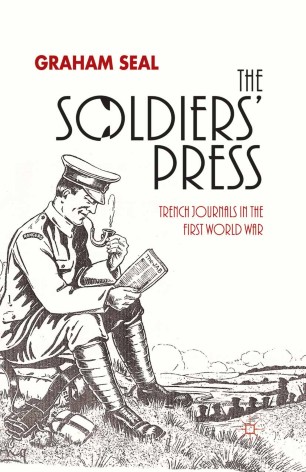 Through the first comprehensive investigation and analysis of the English language trench periodicals of the First World War, The Soldiers' Press presents a cultural interpretation of the means and methods through which consent was negotiated between the trenches and the home front.

Graham Seal is Director at the Australia-Asia-Pacific Institute at Curtin University, Australia. He has published a number of articles and books on the culture of war, including Inventing the Anzac: The Digger and National Mythology (2004) and Echoes of Anzac (2005). In 2007 he was made a member of the Order of Australia for his research and academic work. His These Few Lines: The Lost Lives of Myra and William Sykes was the joint winner of the National Biography Award in 2008.