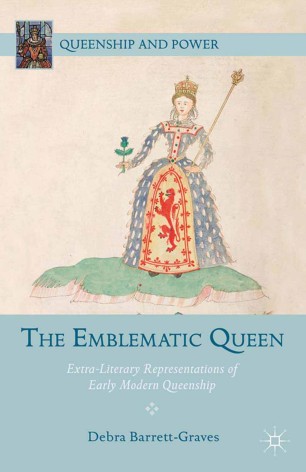 'Hereditary monarchies have always depended for their very survival on interdynastic marriages and fertile queens, yet the ambiguities of their power and status as women have often been obscured in their historical profiles. As the Renaissance emblem came to play such a central role in symbolic representations of royalty, however, we can now witness those ambiguities and difficulties in the emblematic representation of royal spouses of the early modern period that are explored in the revealing studies that make up this volume.' - Michael Bath, Senior Research Fellow, University of Glasgow, UK and author of Emblems for a Queen: The Needlework of Mary Queen of Scots

'The essays in this volume shine fascinating light on material objects bearing the symbolic images by which Renaissance queens pressed their claims to authority and sought to preserve their fame. In exploring the many interpretive possibilities that arise when royal emblems are seen in relation to competing cultural and political forces in the reigns that produced them, the authors show just how fresh the insights can be when history, art history, and cultural studies come together as intimate friends.' - Donald Stump, Professor of English, Saint Louis University, co-founder of the Queen Elizabeth I Society and co-editor of Elizabeth I and the 'Sovereign Arts' and The Age of Elizabeth