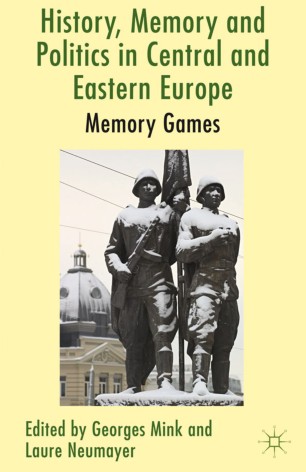 History, Memory and Politics in Central and Eastern Europe

Fourteen specialists of Central and Eastern European politics explore memory policies and politics by examining how and why contested memories are constantly reactivated in the former Soviet bloc. The book explores how new social and political actors can challenge the traditional narratives about the past produced by state bodies.

A fascinating book! This is a must read for anyone interested in the issue of coming to terms with difficult collective past by European societies'.

'History of Central and Eastern Europe was boisterous. No wonder that it is present not only in memory but also in everyday life of many Central and Eastern Europeans. The volume gives an impressive insight into the complicated past of this region while, at the same time, convincingly showing how historical memory shapes our life to-day. Each student of European affairs will greatly benefit from this volume'.

'This brilliant and thoughtful book demonstrates that any process of Europeanization of histories and memories has to abandon the cliché that the Eastern and Central Europe situation was mainly influenced by the Western and Holocaust oriented 'memory boom'. On the contrary, the case studies presented here show to what extent memorialization in former Communist countries has followed its own path since the 1990s, and how it will probably change our perception of European history and politics since 1945'.