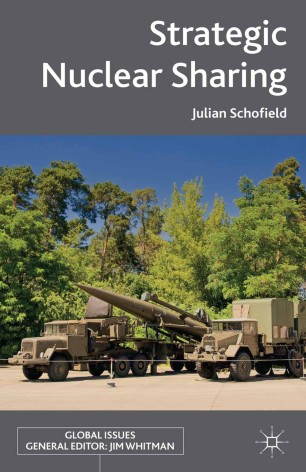 The sharing of nuclear weapons technology between states is unexpected, because nuclear weapons are such a powerful instrument in international politics, but sharing is not rare. This book proposes a theory to explain nuclear sharing and surveys its rich history from its beginnings in the Second World War.

Julian Schofield is Associate Professor of Political Science at Concordia University, Canada and a retired Army Engineer Officer. He is the author of Militarization and War (2007), and with Usama Butt, Pakistan: the US, Geopolitics and Grand Strategies (2012). He has conducted research in Pakistan, India, Bangladesh, Egypt and Indonesia.