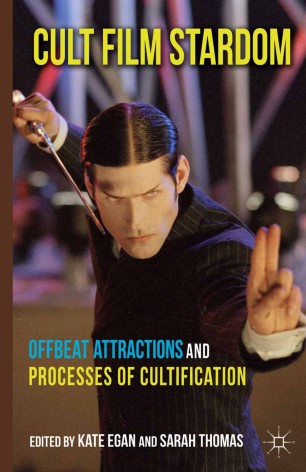 Offbeat Attractions and Processes of Cultification

The term 'cult film star' has been employed in popular journalistic writing for the last 25 years, but what makes cult stars distinct from other film stars has rarely been addressed. This collection explores the processes through which film stars/actors become associated with the cult label, from Bill Murray to Ruth Gordon and Ingrid Pitt.

'This book makes for a compelling read, offering a series of original insights alongside valuable synthesis of existing literature in the twin fields of stardom and cult cinema, also providing insightful analysis and textual readings of a wide range of films. It promises to make a significant contribution to various sub-disciplinary areas of film studies: most notably, stardom and cult cinema but also fandom and performance.' - Martin Shingler, University of Sunderland, UK

throughout the anthology. This is an insightful and fascinating collection that opens new doors to exploring cult films and stardom.' - Julie Lobalzo Wright, Historical Journal of Film, Radio and Television