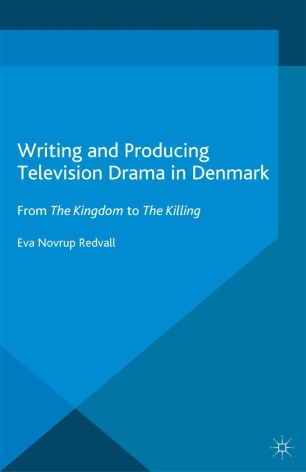 From The Kingdom to The Killing

Part of the Palgrave Studies in Screenwriting book series (PSIS)

Offering unique insights into the writing and production of television drama series such as The Killing and Borgen, produced by DR, the Danish Broadcasting Corporation, Novrup Redvall explores the creative collaborations in writers' rooms and 'production hotels' through detailed case studies of Denmark's public service production culture.

Eva Novrup Redvall is Assistant Professor in Film and Media Studies at the University of Copenhagen, Denmark. Her research focuses on film and media production, particularly the processes around screenwriting and the nature of creative collaborations. She has published extensively on Nordic cinema and television drama production and industry structures.

'Writing and Producing Television Drama in Denmark is a key text on Scandinavian television and production culture. As such, it is not only recommended to scholars of Scandinavian audio-visual culture, but also to those - including undergraduates as well as more advanced scholars -who are more generally interested in television production and scriptwriting.' - Tobias Hochscherf, Historical Journal of Film, Radio and Television

The book provides a wealth of material to ponder, not only for those interested in Danish television but for anyone curious about the direction of small screen fiction generally.' - Glen Creeber, New Review of Film and Television Studies